Posted on September 22, 2013 | Comments Off on Both Mediterranean and DASH Diets Linked to Better Brain Function With Aging

…according to a study in AJCN.

“Higher levels of accordance to both the DASH and Mediterranean dietary patterns were associated with consistently higher levels of cognitive function in elderly men and women over an 11-y period. Whole grains and nuts and legumes were positively associated with higher cognitive functions and may be core neuroprotective foods common to various healthy plant-centered diets around the globe.”

Posted on May 5, 2013 | Comments Off on Tofu Linked to Brain Deterioration

…in middle-aged Japanese-Americans in Hawaii. This is surprising, and I wonder if it future studies will confirm the association.

Comments Off on Tofu Linked to Brain Deterioration 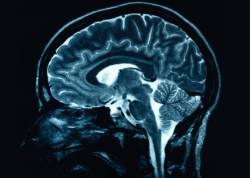 Our bodies keep blood sugar levels in a fairly narrow range.  You might think you’re fine if you’re anywhere within the defined normal range.  Think again.  Australian researchers found that folks with fasting blood sugars toward the upper end of the normal range had more degeneration (atrophy) in parts of the brain called the hippocampus and amygdala, compared to those in the low normal range.  Degeneration in those areas is often manifested as dementia.

The hippocampus is critical for learning and memory formation and retention.  The amygdala is also involved in memory as well as emotion.  The two areas are intimately connected, literally.

How Was the Study Done?

Over 250 study participants aged 60 to 64 years had normal brains at baseline and were free of diabetes and prediabetes.  They were overwhelmingly caucasian.  MRI brain scans were done at baseline and again four years later.  Significant atrophy (shrinkage) was seen in the hippocampus and amygdala over time, with greater atrophy seen in those with higher baseline fasting glucose levels.

Fasting blood sugar was measured only once, at the start, and ranged from 58 to 108 mg/dl (3.2 to 6.0 mmol/l).  (Fasting glucose of 108 would be prediabetes according to the American Diabetes Association, but not by the World Health Organization.)  Participants weren’t tested for deterioration of cognition.

The results of the study at hand are consistent with others that link higher rates of dementia with diabetes.  Diabetics, even when under treatment, usually have higher average blood sugars than non-diabetics.  The study authors speculate that damage from higher blood sugars may be mediated by inflammation and abnormal blood clotting (prothrombotic factors and platelet activation).

The Mayo Clinic recently reported that diets high in carbohydrates and sugar increase the odds of developing cognitive impairment in the elderly years.

It’s interesting to contemplate whether non-diabetics and diabetics would have less risk of developing dementia if blood sugars could be kept in the lower end of the normal range.  How could you do that?  Possibilities include:

I like fish, but cold whole dead fish leave me cold

Supplementation with omega-3 fatty acids does not help prevent age-related cognitive decline or dementia, according to an article at MedPage Today.

The respected Cochrane organization did a meta-analysis of three pertinent studies done in several countries (Holland, UK, and ?).

I leave you with a quote from the MedPage Today article:

And while cognitive benefits were not demonstrated in this review, Sydenham and colleagues emphasized that consumption of two servings of fish each week, with one being an oily fish such as salmon or sardines, is widely recommended for overall health benefits.

Posted on April 25, 2012 | Comments Off on Vitamins Slow Rate of Brain Shrinkage in Elderly

A cocktail of three common B vitamins slowed the rate of brain shrinkage over two years in elderly patients with mild cognitive impairment, according to researchers at the University of Oxford.

As a hospitalist, I see 10 or 20 brain scans every week. A healthy 40-year-old brain nicely fills out the allotted space in the skull. Most 70-year-old brains have an obvious degree of shrinkage. Those with the most shrinkage typically have worse mental functioning, often diagnosed clinically as dementia, or its precursor, mild cognitive impairment (MCI).

The medical term for brain shrinkage is brain atrophy. It reflects loss of brain cells or decrease in brain cell size. I see A LOT of atrophied brains and impaired mental functioning—aka cognition—in the elderly. 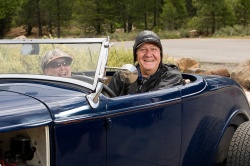 Mild cognitive impairment affects 14 to 18% of those over age 70 (five million in the U.S.). Half of these convert to Alzheimer’s disease or another dementia within five years. We desperately need a way to prevent or slow that conversion.

That’s why I was excited to see a research report in which brain atrophy was slowed with three simple daily vitamins: folic acid 0.8 mg, B12 0.5 mg, and B6 20 mg. The investigators will report later on whether the vitamins helped prevent mental decline.

These three vitamins are involved in homocysteine metabolism; they decrease blood levels of homocysteine. Read elsewhere if you want the boring details.

Oxford area participants were at least 70 years of age and had mild cognitive impairment but not dementia. Blood homocysteine levels were drawn periodically. Participants were randomized to take either placebo (83 subjects) or the daily vitamins (85 subjects) for two years. MRI scans were done periodically to determine brain volume. Tests of mental functioning were done periodically. More subjects were in the study at the outset but some dropped out and others didn’t have technically adequate MRI scans.

After adjustment for age, the annual rate of brain atrophy was 30% less in the vitamin group compared to placebo.

For the placebo group, the rate of brain atrophy was clearly related to baseline homocysteine levels: higher homocysteine, faster atrophy.

Although the study was not powered to detect an effect of treatment on cognition (findings to be reported separately), in a post hoc analysis, we noted that final cognitive test scores were correlated to the rate of atrophy.

Atrophy appears to be a major determinant of cognitive decline in this population.

There were no significant safety issues and no differences in adverse events between the groups.

The vitamin group lowered homocysteine levels by 32% compared to placebo.

Although this is small study, I’m excited about the future clinical implications. The results need to be replicated. I can’t wait to hear from this group regarding the details of mental functioning tests. If preservation of brain function or other practical benefits don’t accompany a slower rate of atrophy , it’s no use taking the vitamins.

A 2008 study found no clinical benefit with a similar vitamin mix in Alzheimer’s patients with mild to moderate disease. In other words, the rate of mental decline was no different than the placebo group. Average homocysteine level was 9.16 micromole/L and fell by 30% during the 18-month-long study. Even those with the highest homocysteine levels showed no benefit. Perhaps B vitamins need to be started much earlier in the disease process to be effective.

The time may come where we screen all 60-year-olds for above-average homocysteine levels, starting them on the vitamin cocktail.

One caveat, however. Ten years ago doctors were quite excited about preventing heart disease events (e.g., heart attacks, cardiac deaths) and strokes in people with high homocysteine levels. We knew that high levels were associated with cardiac events and strokes, and we knew the B vitamins would lower the blood levels. We learned a couple years ago that B vitamin therapy actually didn’t help heart patients or those at high risk for heart disease. Nor do the vitamins prevent strokes. (If you’re a heart patient still taking Foltx, ask your cardiologist if it’s OK to stop it now.)

Comments Off on Vitamins Slow Rate of Brain Shrinkage in Elderly