A few months ago I ran across a thoughtful article by Morris van de Camp titled Love Drinking Less. It’s well worth a read if your alcohol consumption is out of control or heading that way.

Alcohol is a two-edged sword. On the one hand it makes life fun and turns strangers into intimate friends in the course of an evening; on the other, it makes a person dysfunctional. Very dysfunctional. Productive time is lost, relationships are damaged, and health is harmed.

I cannot say that I’ve “struggled” with alcohol in the truest sense. I’ve never been arrested for drunk driving, and I’ve had no serious relationship trouble from drinking. All of my drinking has been in an appropriate time and place — but one drink inevitably would lead to another. I’d wind up accidently drunk when I really wanted a light buzz. I also found that when the time came up when I’d be free to drink, I looked a bit too much forward to it.

If you’re a tippler, this is the time of year to consider a “Dry January.” You may learn something about yourself. Be kind to your liver — you only have one.

PS: It’s also time to decide on your weight loss program for the new year.

Will Alcohol Wreck a Ketogenic Diet?

Posted on April 13, 2022 | Comments Off on Will Alcohol Wreck a Ketogenic Diet?

Judicious alcohol consumption is a reasonable component of many successful ketogenic diets. But the practice can also be a dangerous minefield. Anne Mullins over at DietDoctor has a great article that will steer you away from the mines. An excerpt:

Nyström notes that alcohol is actually the fourth macronutrient after protein, fats and carbohydrates, and that in many nutrition studies its intake is often overlooked. In Mediterranean countries like Greece and Italy, alcohol makes up about 10 % of caloric intake and may partially contribute to the touted benefits of the Mediterranean diet, Nyström says.

Drinking alcohol, however, may slow weight loss for some. Dr. Sarah Hallberg [R.I.P.] advises her patients who are trying to lose weight and/or reverse diabetes to have a maximum 1 glass of wine for women and 2 for men, and not every day. “If they experience any weight stall, I recommend they stop the alcohol completely,” says Hallberg.

Both Dr. Jason Fung and Dr. Ted Naiman discourage any alcohol use among patients in their care who are still trying to lose weight, reverse diabetes or heal a fatty liver (see point 5). “I find alcohol is not conducive to steady weight loss,” says Fung.

Read the whole thing to learn about the dopamine reward system, alcohol abuse and addiction, liver diseases, and hangovers. If you often drink to the point of hangovers, that’s too much alcohol!

PS: The Advanced Mediterranean Diet includes a doctor-designed ketogenic diet as one option for weight loss.

Comments Off on Will Alcohol Wreck a Ketogenic Diet?

Alcohol: Should You Do a “Dry January”?

I’ve run across a number of people who slowly increased their alcohol consumption over months or years, not realizing it was causing or would cause problems for them. Alcohol is dangerous, lethal at times.

From a health standpoint, the generally accepted safe levels of consumption are:

Dry January was conceived in the UK in 2012 or 2014. The idea is simply to abstain from all alcohol for the month of January. The Alcohol Change UK website can help you git ‘er done. Many folks notice that they sleep better, have more energy, lose weight, and save money. There are other potential benefits.

If you think you may have an unhealthy relationship with alcohol, check your CAGE score. It’s quick and easy.

Alternatively, if you make a commitment to a Dry January but can’t do it, you may well have a problem.

Comments Off on Alcohol: Should You Do a “Dry January”?

Posted on February 5, 2021 | Comments Off on Low to Moderate Alcohol Drinking Linked to Improved Cognitive Function in Adults 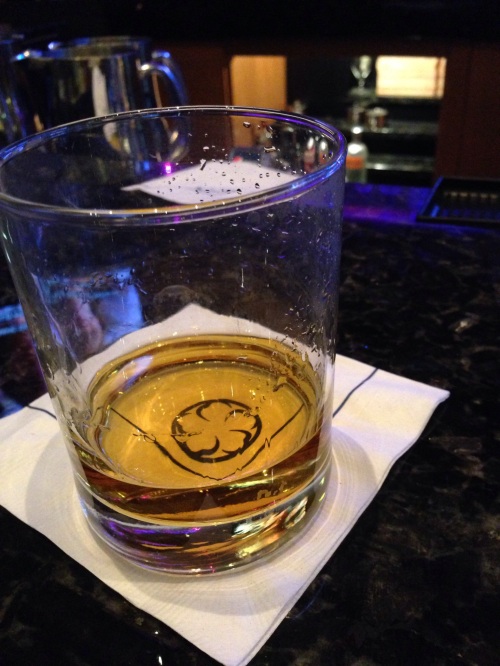 Jameson’s in a hotel bar near Chicago

These findings suggested that low to moderate alcohol drinking was associated with better global cognition scores, and these associations appeared stronger for white participants than for black participants.

Should You Consider a “Dry January”?

I’ve run across a number of people who slowly increased their alcohol consumption over months or years, not realizing it was causing or would cause problems for them. Alcohol is dangerous, lethal at times.

From a health standpoint, the generally accepted safe levels of consumption are:

Dry January was conceived in the UK in 2012 or 2014. The idea is simply to abstain from all alcohol for the month of January. The Alcohol Change UK website can help you git ‘er done. Many folks notice that they sleep better, have more energy, lose weight, and save money. There are other potential benefits.

If you think you may have an unhealthy relationship with alcohol, check your CAGE score. It’s quick and easy.

Alternatively, if you make a commitment to a Dry January but can’t do it, you may well have a problem.

PS: I did the Dry January in January 2020. The only definite change I saw was that I was more productive. E.g., I blogged more regularly, worked out a bit more. The lesson for me is that alcohol makes me a little lazy. At three weeks in, I started thinking maybe I was able to fall asleep sooner but still woke up often, as usual. I also lost three pounds of body weight fat, but had consciously cut back on food intake.

Comments Off on Should You Consider a “Dry January”?

Posted on February 3, 2020 | Comments Off on Alcohol-related deaths increasing in U.S. over last two decades, particularly among women

According to the National Institute of Alcohol Abuse and Alcoholism, a recent scientific paper found an alarming increase in deaths related to alcohol:

The researchers found that, in 2017, nearly half of alcohol-related deaths resulted from liver disease (31%; 22,245) or overdoses on alcohol alone or with other drugs (18%; 12,954). People aged 45-74 had the highest rates of deaths related to alcohol, but the biggest increases over time were among people age 25-34. High rates among middle-aged adults are consistent with recent reports of increases in “deaths of despair,” generally defined as deaths related to overdoses, alcohol-associated liver cirrhosis, and suicides, primarily among non-Hispanic whites. However, the authors report that, by the end of the study period, alcohol-related deaths were increasing among people in almost all age and racial and ethnic group.

As with increases in alcohol consumption and related medical emergencies, rates of death involving alcohol increased more for women (85%) than men (35%) over the study period, further narrowing once large differences in alcohol use and harms between males and females. The findings come at a time of growing evidence that even one drink per day of alcohol can contribute to an increase in the risk of breast cancer for women. Women also appear to be at a greater risk than men for alcohol-related cardiovascular diseases, liver disease, alcohol use disorder, and other consequences.

“Alcohol is a growing women’s health issue,” said Dr. Koob. “The rapid increase in deaths involving alcohol among women is troubling and parallels the increases in alcohol consumption among women over the past few decades.”

I’ve written about adverse effects of alcohol consumption, and who shouldn’t drink alcohol at all.

Comments Off on Alcohol-related deaths increasing in U.S. over last two decades, particularly among women 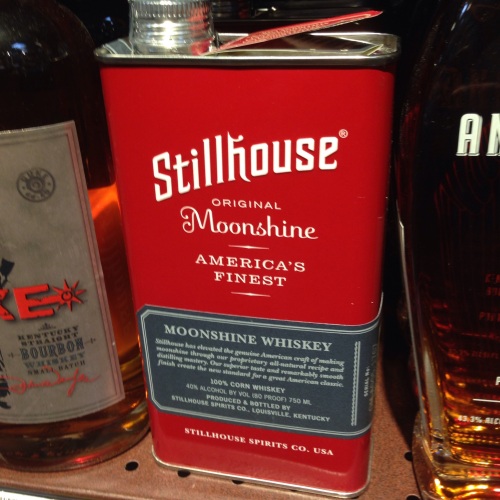 Do you drink alcohol in part because you think it’s good for heart health? For longevity? To prevent dementia? If so, you may be increasing your risk of cancer.

Ample evidence has been available for some time indicating that alcohol use is a preventable risk factor for cancer, and the World Health Organization deemed alcohol a carcinogen more than 30 years ago. In the United States, it is estimated that 5.6% of incident cancer cases (approximately 87 000 each year) are associated with alcohol, including cancers of the oral cavity, pharynx, larynx, liver, esophagus (squamous cell carcinoma), female breast, and colorectum. Type of alcohol does not appear to matter; all alcoholic beverages include ethanol, which increases levels of acetaldehyde and in turn promotes DNA damage. Moreover, even moderate levels of consumption (often defined as approximately 14–28 g/d, the equivalent of about 1–2 drinks) appear to be associated with higher risk of some cancers, including cancers of the female breast. A protective association has emerged for some cancers, with the most evidence for kidney, Hodgkin lymphoma, and non-Hodgkin lymphoma. Nonetheless, the overall cancer burden associated with alcohol use is substantial and comparable with that of other preventable risk factors such as UV exposure and excess body weight.

Posted on January 13, 2020 | Comments Off on Moderate Wine Consumption May Prevent Dementia

…according to an article at Revue Neurologique:

The inverse relationship between moderate wine drinking and incident dementia was explained neither by known predictors of dementia nor by medical, psychological or socio-familial factors. Considering also the well documented negative associations between moderate wine consumption and cardiovascular morbidity and mortality in this age group, it seems that there is no medical rationale to advise people over 65 to quit drinking wine moderately, as this habit carries no specific risk and may even be of some benefit for their health. Advising all elderly people to drink wine regularly for prevention of dementia would be however premature at this stage. 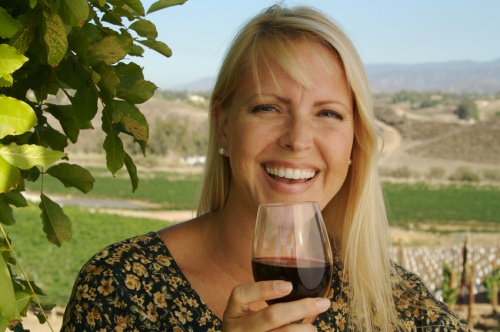 But: alcohol is linked to higher risk of breast cancer

Source: Wine consumption and dementia in the elderly: a prospective community study in the Bordeaux area. – PubMed – NCBI

“Moderate wine consumption” typically more than 1 glass a day for women, no more then two for men.

Comments Off on Moderate Wine Consumption May Prevent Dementia

Memories: Sense of Smell Must Be Wired Directly Into the Hippocampus

Have you ever smelled something that instantly brought back a strong memory?

Whenever I smell wax-leaf ligustrum blossoms in the spring, it takes me back to my childhood in Houston, TX. 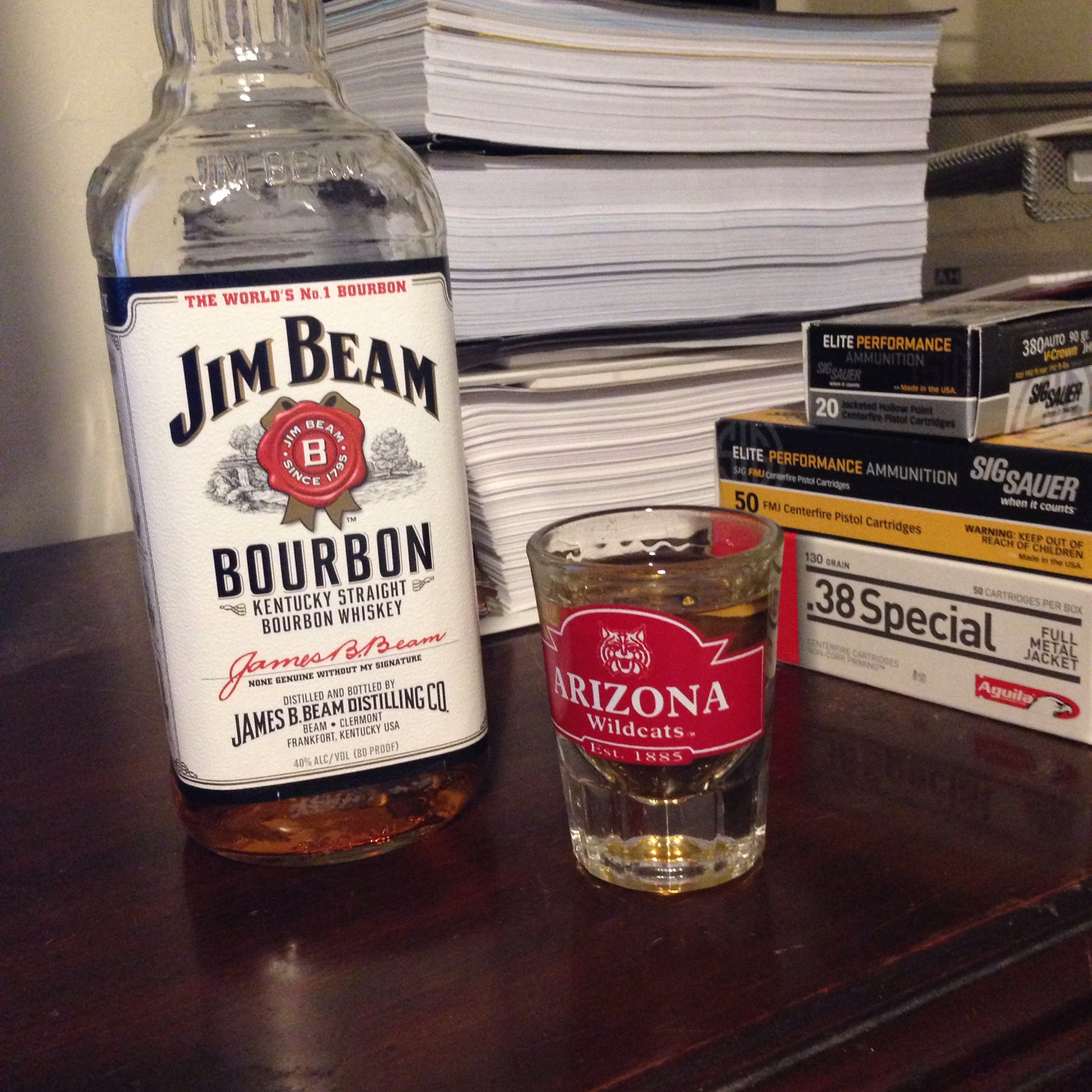 Here’s to you, Uncle Hank

I thought I’d try a whisky less expensive than Jamesons, so I brought home a bottle of Jim Beam Kentucky Straight Bourbon Whiskey. The first whiff immediately transported me back to age 12, Baytown, TX, and thoughts of my favorite uncle, Hank Tarski.

Hank was quite a guy. I loved him. He was Polish and worked as a chemist at one of the petroleum plants in Baytown. Was he a fighter pilot in WW2, or did I imagine that? He had a beautiful huge mustache, smoked a pipe, had a waterfront house on Black Duck Bay. Hank’s laugh was infectious, and got louder the more he drank.

One of my strongest memories of him was when he took me and his sons fishing in a small boat on one of the local waterways. I still remember catching catfish and croakers; they were small but that doesn’t matter to an adolescent boy.

I also remember falling asleep upstairs with my siblings and cousins while Hank and Kay and my parents downstairs stayed up late talking and laughing, sometimes shouting! We could only imagine the muffled topics of adult conversation. This was the 1960s.

Hank died of pancreatic cancer ten or 15 years ago. I miss him very much.

PS. I almost named my son Henry, and we’d have called him Hank.

“Joel Achenbach, a science and politics reporter, once asked why “many reasonable people doubt science.” He should look at his own reporting on alcohol research for the possible explanation. Despite decades of overwhelming evidence that moderate drinking confers health benefits, Achenbach’s August 3 Washington Post piece asserts that the evidence is “murky.” The basis for the assertion seems to come from a single study published in April in the journal The Lancet. Not only is a single study insufficient to challenge three decades of research, but Achenbach (along with reporters at other major news outlets) completely misunderstood the what this study found.”