And how we burned in the camps later, thinking: What would things have been like if every Security operative, when he went out at night to make an arrest, had been uncertain whether he would return alive and had to say good-bye to his family? Or if, during periods of mass arrests, as for example in Leningrad, when they arrested a quarter of the entire city, people had not simply sat there in their lairs, paling with terror at every bang of the downstairs door and at every step on the staircase, but had understood they had nothing left to lose and had boldly set up in the downstairs hall an ambush of half a dozen people with axes, hammers, pokers, or whatever else was at hand?… The Organs would very quickly have suffered a shortage of officers and transport and, notwithstanding all of Stalin’s thirst, the cursed machine would have ground to a halt! If…if…We didn’t love freedom enough. And even more – we had no awareness of the real situation…. We purely and simply deserved everything that happened afterward.

-Aleksandr Solzhenitsyn, author of The Gulag Archipelago and other books

QOTD: Wesbury and Stein on Capitalism Versus Socialism

…it’s not possible to analyze the economy these days without focusing heavily on what government is doing.  Between the Federal Reserve, fiscal policy, and COVID-related restrictions, little in our lives avoids governmental influences.

…Certainly government has grown, in sheer size, and also in power.  When the CDC, a health agency, can impose a moratorium on evictions (in violation of property-owners rights), the U.S. has moved a long way from its historic roots.  If, after passing $5 trillion in emergency pandemic spending, the government can be talking about $4.5 trillion more, we have entered new territory.

The history of the world has been a battle between two competing ideologies of how resources should be distributed: Capitalism and Socialism.

Capitalism distributes resources to the most productive use through markets and competition, while at the same time putting brakes on greed and selfishness.  In order to accumulate resources in a capitalist system, you must provide goods or services for which someone else is willing to pay.  If your cost of production is greater than what the market is willing to pay, you will not create much wealth.  Or, if a competitor can provide the equivalent or better for a lower price, you will lose market share and therefore your wealth.

As a result, while it may be true that some people in a capitalist system become extremely wealthy, they do it by creating goods or services that people want and in a way that competitors have a difficult time copying.

Under Socialism, on the other hand, politicians distribute resources.  They tax individuals who have been able to create income and wealth and then transfer those resources to their favored causes or group, often while shutting down competition.  Governments do not create wealth, they spend it.

Of all tyrannies, a tyranny sincerely exercised for the good of its victims may be the most oppressive. It would be better to live under robber barons than under omnipotent moral busybodies. The robber baron’s cruelty may sometimes sleep, his cupidity may at some point be satiated; but those who torment us for our own good will torment us without end for they do so with the approval of their own conscience. They may be more likely to go to Heaven yet at the same time likelier to make a Hell of earth. This very kindness stings with intolerable insult. To be “cured” against one’s will and cured of states which we may not regard as disease is to be put on a level of those who have not yet reached the age of reason or those who never will; to be classed with infants, imbeciles, and domestic animals.

Posted on November 28, 2020 | Comments Off on Einstein on Stupidity

The difference between genius and stupidity is that genius has its limits.

I don’t know if he said that or not. But it’s LOL funny, regardless of the source.

Comments Off on Einstein on Stupidity

Posted on August 14, 2020 | Comments Off on QOTD: Theodore Dalrymple on Self-Delusion

Practically everyone is brilliantly inventive when it comes to self-justification.

Comments Off on QOTD: Theodore Dalrymple on Self-Delusion

QOTD: Ever Heard of the Democrat-CIA-Media Axis of Evil? #COVID19 #Coronavirus 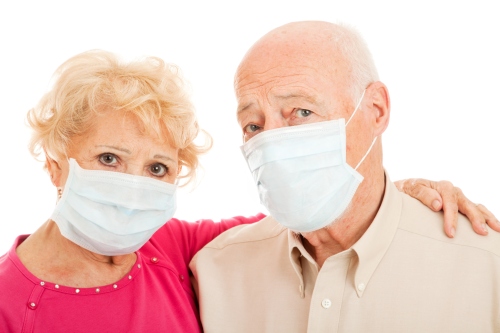 For your consideration, from Mike Whitney:

Let’s assume that the events of the last five months are neither random nor unexpected. Let’s say they’re part of an ingenious plan to transform American democracy into a lockdown police state controlled by criminal elites and their puppet governors. And let’s say the media’s role is to fan the flames of mass hysteria by sensationalizing every gory detail, every ominous prediction and every slightest uptick in the death toll in order to exert greater control over the population. And let’s say the media used their power to craft a message of terror they’d repeat over and over again until finally, there was just one frightening storyline ringing-out from every soapbox and bullhorn, one group of governors from the same political party implementing the same destructive policies, and one small group of infectious disease experts –all incestuously related– issuing edicts in the form of “professional advice.”

Could such a thing happen in America?

Source: Covid-19: Phase 1 of the “Permanent Crisis”, by Mike Whitney – The Unz Review

Obesity is a risk factor for developing a more severe case of COVID-19, the novel coronavirus respiratory illness. Looks like the disease will be with us a while longer. Why not start working on that obesity problem today?

Not sure if you’re obese? Check your BMI. 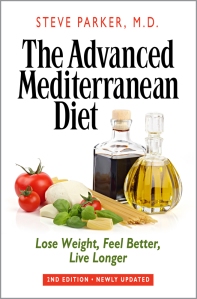 Comments Off on QOTD: David Burge and Kathy Shaidle On Manifestos

QOTD: A Minority Opinion On the Mask

The Slave is terrified of death. He yearns to obey authority figures. The Free man loathes the face mask, tries to push back thoughts about it being a muzzle-like humiliation ritual, to have to put one on at a store. I keep a scintilla of my humanity by folding a bandana into a triangle and tying it behind my head rather than having one of those face-cupping masks, which resemble the front part of men’s briefs.

The Slave fears death because he is an atheist. The Free man is nonchalant on the concept of death, especially when he’s not entirely convinced that the health-risk is real, because knows that there is a life beyond. So he sees no reason to cling to physical security past the point where personal dignity comes into play.

No rule of law here. It’s the law of the jungle.

The Chinese coronavirus fiasco, the shocking killing of George Floyd, and the riots resulting from Democrat failure have taught the American people several things. One is that a surprising and sad number of law enforcement officers are willing to follow cheesy, stupid, and unconstitutional orders. A quick tour of social media will horrify you with the damage done to that support by video of stupid cops hassling civilians for going outside or trying to attend church. The people who long backed the blue feel stabbed in the back, and LEOs are going to have to work to earn back the support they lost because a lot of their comrades sided with Democrat bullies against the people.

Similarly, we have learned that the police are not necessarily going to be there for us. From that gooey tub of cowardice in Florida who let kids be murdered while he stood with a weapon outside the school – I can’t even type those words without sputtering in rage – to the MPD [Minneapolis Police Department] running away and letting criminals burn their building, do you feel comfortable putting your lives in the hands of such government employees? The one inspirational sight during the riots was a bunch of black Americans with modern rifles defending their businesses.

QOTD: U of Cambridge virologist Greatorex on the chance of #relapse after #COVID19 #Coronavirus

Posted on April 9, 2020 | Comments Off on QOTD: U of Cambridge virologist Greatorex on the chance of #relapse after #COVID19 #Coronavirus 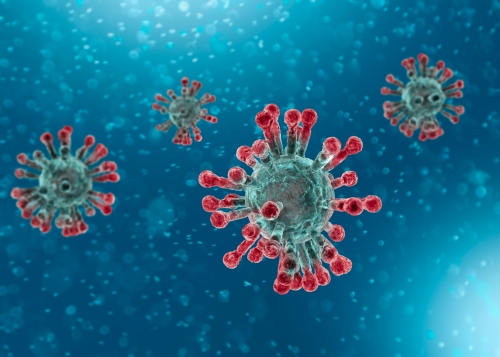 …[Relapse] doesn’t happen with these respiratory viruses. The symptoms that drag on are your body’s response to the virus, but the virus is gone after a few days. I take great umbrage at the lengths of time you are meant to be infectious for because it is just not true. Nine days is nonsense. You don’t excrete a live virus that long.

Those studies are not checking for live virus, they are checking for genome. They do something called a PCR test (polymerase chain reaction), which is the test we are using to diagnose patients. It doesn’t tell you that you have live virus in your nose, it tells you have had it. For about 72 hours of a viral infection you have a live virus. In children it can last for longer – four or five days have been observed in flu.

So, there’s a big difference between how long we can detect the virus and how long they can infect someone else. With this coronavirus the only way you can say, yes, they are still shedding live virus – which is the only thing that will infect someone else, is if you take that sample from the patient and extract it and put it on tissue culture cells and then see it growing. That is done very rarely. There are not a lot of studies that look at live viruses. It is very easy to do PCR tests. It is harder to do live virus studies.

Source: Cambridge virologist explains what we do and don’t know about Covid-19

Comments Off on QOTD: U of Cambridge virologist Greatorex on the chance of #relapse after #COVID19 #Coronavirus