Me and my Merrell boots, about 3/4 of the way down to the Colorado river

Twenty of us from BSA Troop 131 hiked to the bottom of the Grand Canyon, then back up and out two days later on a recent weekend. It was a trip of a lifetime for me.

If you’ve never been to the Grand Canyon, you need to see it in person. Photos don’t do it justice.

We descended to the Colorado river on a Friday via the South Kaibab trail. This is about seven mile long and drops 4,800 vertical feet. I was glad to be using trekking poles to take some of the strain off my knees. After four hours hiking, we crossed a bridge over the river and were in Phantom Ranch. By this time, I had been awake for 25.5 hours straight, so I was exhausted.

Phantom Ranch is a collection of cabins that house roughly 40 guests, nestled along Bright Angel Creek. They serve meals at a cantina. So we didn’t have to carry in tents, sleeping bags, or food. The cabins are air-conditioned and have hot/cold running water, toilets, and showers. These must be reserved many months in advance.

We rested and explored the canyon on Saturday, then hiked out on Sunday starting at 7 AM. To get back to the rim, we took the Bright Angel trail, which is about 10 miles long. I hiked out in five and a half hours, ahead of most of the other adults because I had to be at work in the hospital at 6 PM the same day. Everybody was out of the canyon in six and a half hours or less. Some of the scouts made it out first, ahead of me.

As you might imagine, this is not a trip you do on a whim. All of us had been doing training hikes for the previous four months, including at least two that were 10 miles in length. One of those covered 2,400 vertical feet of elevation.

One of the highlights of the trip for me was seeing my first wild ringtail, a mammal about the size of a house cat that has a body that moves and looks like a squirrel and has a a ringed tail that’s longer than its body.

Our troop seems to do this trip every other year. Lord willing, I’ll be back in the canyon in 2015!

Many thanks to Cindy M for leading us!

You can appreciate how wide the trail is, which indicates this is close to the rim, where day-hikers tread

South Kaibab trail. Not for you if you have a fear of heights. 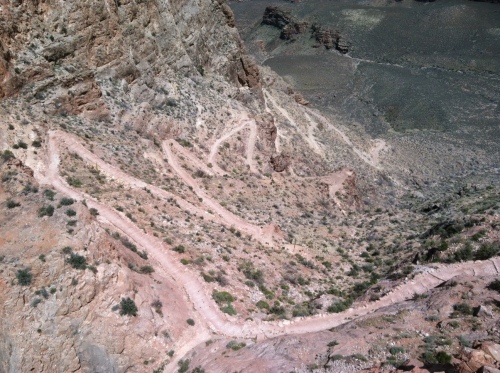 Switchbacks on the South Kaibab trail 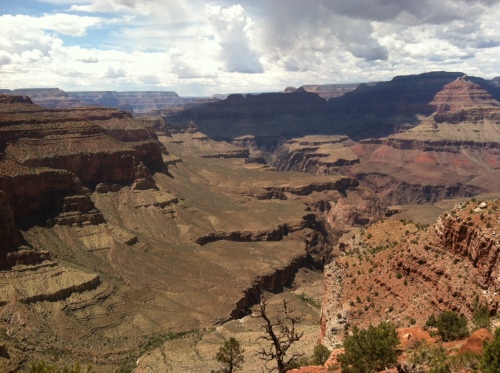 View from South Kaibab trail, closer to the rim than the river 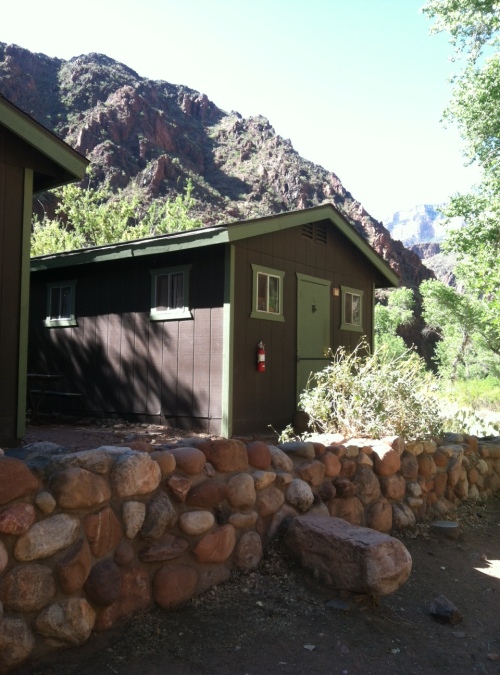 The 10-bed dorm I slept in. Cramped, but you spend little time here. 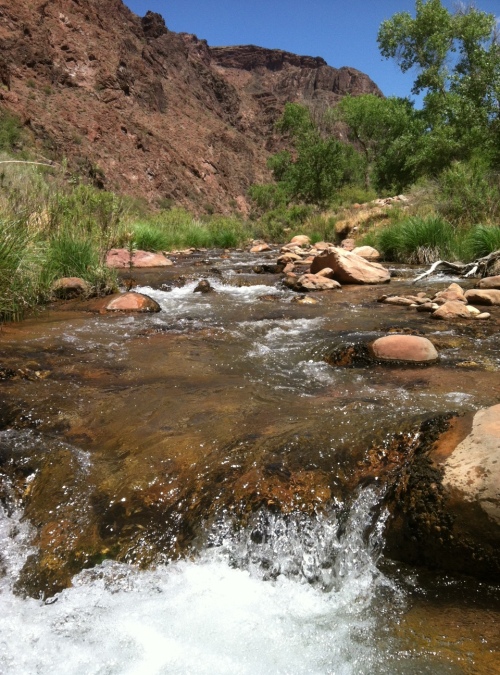 Bright Angel Creek within Phantom Ranch. I ate lunch sitting on a rock in the middle of the stream. Spring-fed, undoubtedly.

One of many mule deer at Phantom Ranch. They had little fear of us. 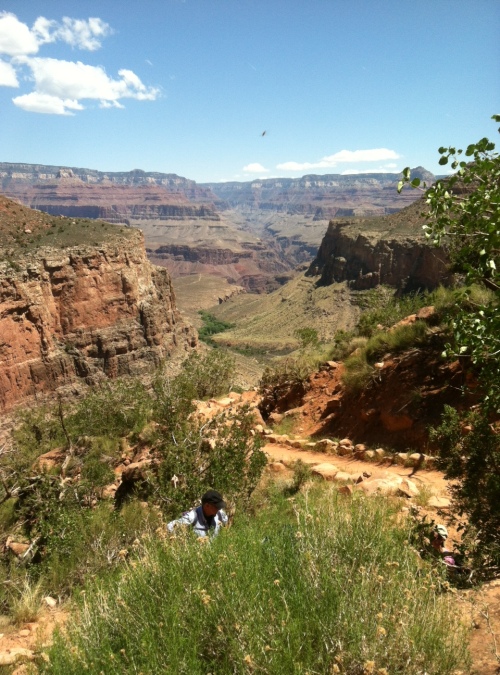 Bright Angel Trail, close to the rim. Many day-hikers here.

This entry was posted in Boy Scouts, Hiking. Bookmark the permalink.

3 responses to “My Grand Canyon Hike”