ATMC = Advice to my children (a series)

The Parable of the Farmer, His Horse, and His Son

Hundreds of years ago in a poor Chinese village there lived a wise farmer and his son. The farmer’s only significant possessions were his patch of land, his shack, and a sturdy horse that helped him work the land.

One day the horse ran away into the wilderness. His neighbor said, “I’m so sorry. This is such bad news. You must be so upset.” The farmer just said, “We’ll see.”

A week later the horse returned to its corral, with three wild horses following it back. His neighbor said, “Instead of one horse, now you have four. Congratulations on your good fortune! You must be so happy!” The farmer just said, “We’ll see.”

A month later the farmer’s son decided to break in one of the new horses. But the animal bucked wildly and threw the young man off. The son’s leg broke when he landed. This could cripple him for life.

His neighbor said, “I’m so sorry. What bad luck. You must be so upset.” The farmer just said, “We’ll see.”

A few weeks later, barbarians from the north invaded the province. Every able-bodied young man was drafted to fight. The war was terrible and killed nine out of every 10 warriors, but the farmer’s son was spared since his broken leg prevented him from being drafted. His neighbor said, “Congratulations! What good luck. You must be so happy!”

The moral of the story is that we don’t really know if an event is “good” or “bad” until passage of some time. Secondarily, it’s a reminder that things always change. So don’t go off the deep end emotionally right away, especially when something doesn’t go your way. It may seem like the end of the world when that cute girl you’ve had a crush on turns down your request for a date, when you make a C or a D in a class instead of an A, when your boyfriend breaks your heart, when you don’t get into vet school, when you get arrested for drunk driving, when you get divorced, or when you lose an eye to cancer. It may seem like the end of the world, but it’s not. Wait.

The parable above is from the East; it’s claimed by both Taoists and Buddhists. It reminded me of my first day of medical school, during which an East Asian professor told us, “Every day not sunny day.” His lecture was on Sir William Osler’s essay, Aequanimitas. Equanimity is a word you don’t hear much. It means mental calmness, composure, and evenness of temper, especially in a difficult situation. Cultivate it. 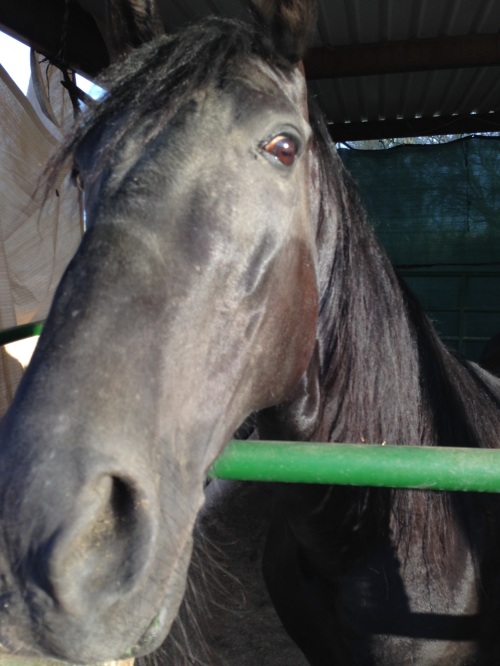 This entry was posted in Advice To My Children and tagged Aequanimitas, equanimity, Sir William Osler. Bookmark the permalink.