Prevention of Type 2 Diabetes Depends on the Cause

Posted on January 8, 2013 | Comments Off on Prevention of Type 2 Diabetes Depends on the Cause 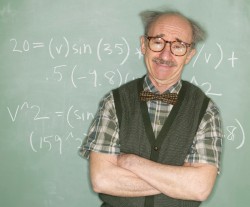 (moonlights as a clown)

The U.S. Centers for Disease Control predicts that one of every three Americans born in 2000 will develop diabetes, mostly type 2.

You can lower your risk of type 2 diabetes significantly by avoiding overweight and obesity, by exercising regularly, and by choosing the right parents.  These provide clues as to the causes of diabetes.

Type 2 diabetes mellitus is caused by a combination of varying degrees of insulin resistance and relative insulin deficiency. [Insulin is the pancreas hormone that lowers blood sugar.] Its occurrence most likely represents a complex interaction among many genes and environmental factors, which are different among different populations and individuals.

So what causes the insulin resistance and relative insulin deficiency?

Understanding the pathogenesis [cause] of type 2 diabetes is complicated by several factors. Patients present with a combination of varying degrees of insulin resistance and relative insulin deficiency, and it is likely that both contribute to type 2 diabetes. Furthermore, each of the clinical features can arise through genetic or environmental influences, making it difficult to determine the exact cause in an individual patient. Moreover, hyperglycemia itself can impair pancreatic beta cell function and exacerbate insulin resistance, leading to a vicious cycle of hyperglycemia causing a worsening metabolic state.

Increased free fatty acid levels, inflammatory cytokines from fat, and oxidative factors, have all been implicated in the pathogenesis of metabolic syndrome, type 2 diabetes, and their cardiovascular complications.

Insulin resistance may, at least in part, be related to substances secreted by adipocytes [fat cells] (“adipokines” including leptin adiponectin, tumor necrosis factor alpha, and resistin).

Type 2 diabetes most likely represents a complex interaction among many genes and environmental factors.

While it’s too late to pick your parents, you can modify environmental factors that affect your risk of diabetes.  See the second paragraph above.  The Mediterranean diet also prevents diabetes.