From Richard Fernandez at PJ Media:

This metaphor can also describe how society can harm itself  when measures taken to control a disease do more harm than good. Perhaps the most forceful and controversial reaction to the coronavirus epidemic has been the lockdown, which believe it or not, did not exist in the American context as a bureaucratic concept before 2006.

The rest of the story is at The New York Times:

Fourteen years ago, two federal government doctors, Richard Hatchett and Carter Mecher, met with a colleague at a burger joint in suburban Washington for a final review of a proposal they knew would be treated like a piñata: telling Americans to stay home from work and school the next time the country was hit by a deadly pandemic.

When they presented their plan not long after, it was met with skepticism and a degree of ridicule by senior officials, who like others in the United States had grown accustomed to relying on the pharmaceutical industry, with its ever-growing array of new treatments, to confront evolving health challenges.

Drs. Hatchett and Mecher were proposing instead that Americans in some places might have to turn back to an approach, self-isolation, first widely employed in the Middle Ages.

How that idea — born out of a request by President George W. Bush to ensure the nation was better prepared for the next contagious disease outbreak — became the heart of the national playbook for responding to a pandemic is one of the untold stories of the coronavirus crisis

So today’s “lockdown” and “social distancing” have the same origin. Actually, lockdown is an older term referring to locking incarcerated convicts into their cells, as might be necessary to gain control of a riot or after an escape. Some of you are starting to feel like convicts.

Little noted by the mainstream media are the medical definitions of quarantine and isolation. From the CDC:

Isolation and quarantine help protect the public by preventing exposure to people who have or may have a contagious disease.

Isolating ourselves to avoid exposure to infection is not the same as the CDC’s  isolation.

I lived in Pensacola, FL, for twelve years. While there I learned about the scourge of deadly Yellow Fever. It’s a viral infection that had migrated from West Africa and is transmitted to humans by mosquitos. It’s not a problem in Florida anymore since we have control of the mosquito population. But earlier, many of the rich folks in Pensacola would move up north during the hot summer months—mosquito season—to escape from the virus. That was probably even before we knew mosquitos were the vector. They just knew when it was hot and humid, Yellow Fever was rampant. I don’t recall exactly where “up north” was, but I’m guessing the southern reaches of the Appalachian mountains in Alabama and Georgia. The wealthy summer migrants weren’t infected, but were self-isolating, in the non-medical sense of the term. Like New Yorkers migrating to the Hamptons or Florida to escape the ‘rona.

PS: Pepe Escobar writes that Dr Hatchett was a proponent lockdown earlier than 14 years ago:

Enter Dr. Richard Hatchett, a former member of the National Security Council during the first Bush Jr. administration, who was already recommending obligatory confinement of the whole population way back in 2001. Hatchett now directs the Coalition for Epidemic Preparedness Innovations (CEPI), a very powerful entity coordinating global vaccine investment, and very cozy with Big Pharma. CEPI happens to be a brainchild of the WEF [World Economic Forum] in conjunction with the Bill and Melinda Gates Foundation. 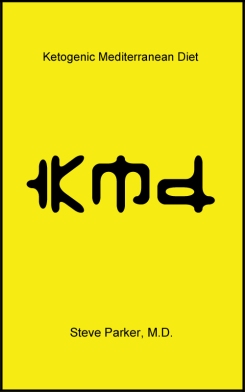 Click pic to purchase book at Amazon.com. E-book versions are also at