On March 23, 10 or so scouts and adults from Scottsdale’s Boy Scout troop 131 did the headlined 10-mile hike.  It was preparation for the rim-to-rim Grand Canyon hike later this year.  Everyone finished in under five hours. I did it in four hours and five minutes, with few stops.  Total vertical elevation was 2,500 feet.  The trail guide says this is a “very difficult” loop.  The difficulty is mostly in the grade (slope) rather than footing.

The north trailhead for Tom’s Thumb trail in the McDowell Sonoran Preserve.  Tom’s Thumb is in the middle of the horizon.

Close to the top of Tom’s Thumb trail 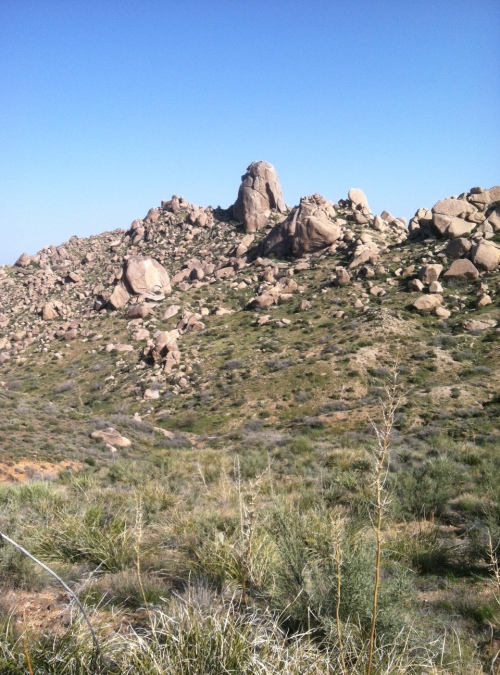 Tom’s Thumb is in the middle of the horizon; much more impressive when you’re closer than this.

Saquaro cacti reaching for the sky 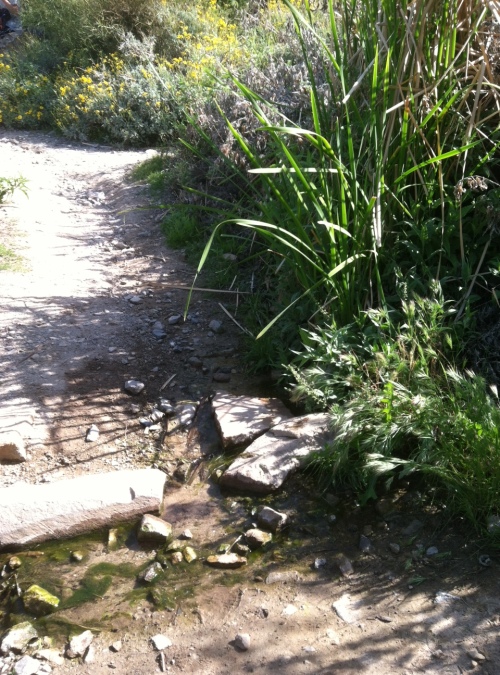 A surprising natural spring probably between trail markers 13 and 14 on Tom’s Thumb trail, about 2,600 feet above sea level and 1,100 feet below the peak 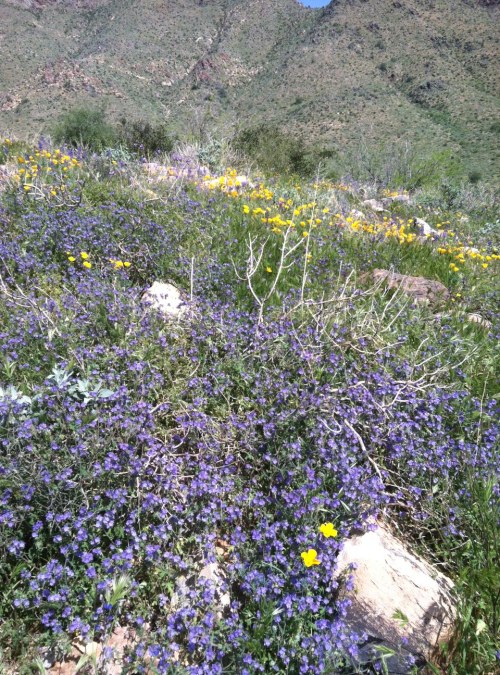 These flowers will probably be gone in a couple weeks, only to return next Spring

River of rocks created by landslide on East End trail

The intersection of East End trail and Tom’s Thumb trail

Trails are marked well, so you shouldn’t get lost.