Excessive accumulation of fat in the liver can lead to liver inflammation and ultimately liver failure. Trust me, you don’t want liver failure.

For years, the mainstays of treatment for fatty liver has been loss of excess weight and alcohol abstention.

From Dr Bret Scher at DietDoctor:

Fortunately, we have emerging evidence that low-carb and ketogenic diets improve fatty liver while also helping with glycemic control and weight loss, an impressive combination rarely seen with medications. As we reported earlier, studies have shown that carbohydrate restriction changes liver metabolism, stimulating the breakdown of liver fat. Another study mentioned in the same post showed that when children substitute sugar for more complex forms of starch, they experience reduced amounts of liver fat.

Yet another impressive study found that despite equal weight loss, a low-carb Mediterranean diet was better than a low-fat diet for reversing liver fat and signs of NAFLD. And finally, Virta Health published a subset of its data showing that one year on a ketogenic diet improved non-invasive tests for NAFLD and liver scarring. 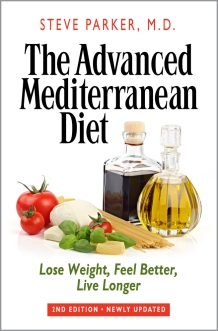 Probably under $12 at Amazon.com in the U.S.

This entry was posted in Ketogenic Mediterranean Diet, Liver Disease. Bookmark the permalink.